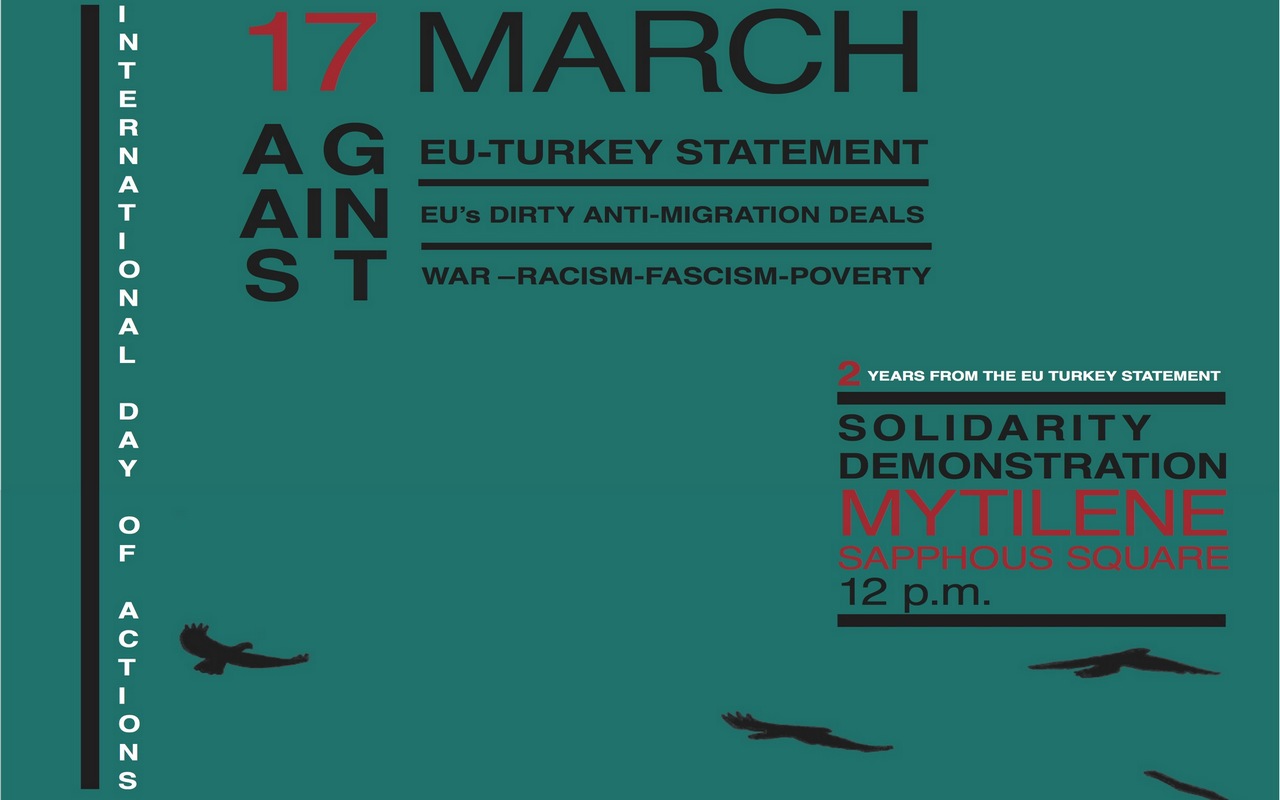 2 years after the EU-Turkey statement, the local coordination group of refugee and migrant support in Lesvos calls for a solidarity action on Saturday 17 March at 12.00, in Sapfous Square.


RT @RedCrossEU: As migrants face another harsh winter in dire conditions on #Greek islands, relocation to other EU countries is not an opti…

RT @GreensEFA: "I have 1 minute to describe the freezing cold, filthiness, hunger and despair of thousands of people at to our borders. Th…