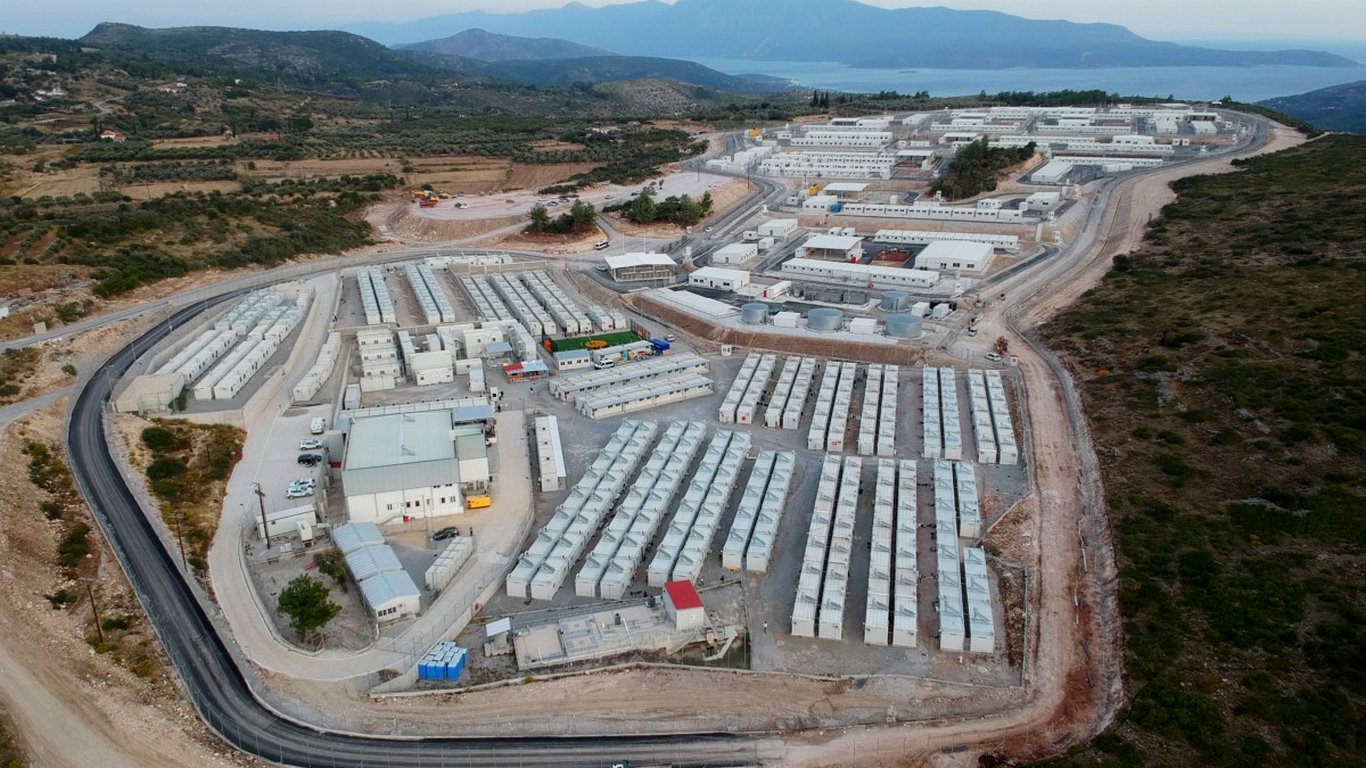 Have You Been To Samos?

On September 2021 the first EU funded Closed Control Access Center (C.C.A.C) for refugees started operating in Samos, in the area of the old slaughterhouses near Zervou. A jail-structure, as the description of Google Maps also reveals, that was set up in order to give back their lost dignity to asylum seekers”. One year after the journalists’ visitation of the facilities of the structure in October 2021 and the “guided tour” of the Minister of Migration and Asylum, Notis Mitarakis, the circa 1000 asylum seekers that nowadays reside in the new closed structure with a maximum capacity of 3000 people live in conditions that are no different than Kara Tepe! At the moment we speak,  in the 40 million euros C.C.A.C, which speads on 154 acres, there is an absurd and outrageous matter going on. Only one third of the structure is available and accessible for asylum seekers. As a result, even if - according the Task force for Lesbos Beate Gminder - the requirement of this new “European approach”  was the creation of discrete places that resembled “neighborhoods”, one year later people still live in the limted spaces and containers that were destined for the quarantine! It should be noted that asylum seekers is the only population group still subjected to a mandatory quarantine of at least five days after their arrival in Greece days to prevent COVID-19.

The reality regarding the coverage of everyday and basic needs is also pretty much far away from the glorified picture that the government was struggling to present. The restaurants with the benches and the kitchen, where journalists were guided, remain closed after one year and the food distribution for 1000 and more people goes on with the well-known tragic food line outside one container. The hospital that was supposed to operate inside the CCAC as well as the pharmacy are just empty spaces. Workers of the Hellenic National Health Organization denounce that many times they cover the costs of the beneficiaries’ medications by themselves and also pay the cost of transportation to reach the aremote place where the CCAC is located. According to complaints of lawyers there hasn’t been any doctor there for a long time so that asylum seekers had to visit again the hospital of Samos!

As for the much advertised security system, until September the Pre-departure Detention Center for Immigrants did not function and as result the prisoners (refugees without papers) stayed at the Police Departement. According to complaints made from lawyers, among them there was a young girl aged 20 who was kept in a cage inside a bigger cage, surrounded by other prisoners. Without clothes or hygiene items for 15 days until she was given some by... the "damn" NGOs. These same NGOs that provide also food and first aid items to the 1000 inhabitants of the camp. To finish, the ultra-new control systems installed (X-rays, electronic cards with fingerprints control) - promoting the wobbly narrative about security - are not completely oprational with the following result: like in Kara Tepe, the strip search is exhausting for the asylum seekers. According to last year's report of the Greek Council for Refugees, 91% of those who were supported by the program for mental health of IRC in Samos showed anxiety symptoms, 87% of them symptoms related to depression, whereas a worrying amount of 47% revealed suicidal symptoms.

In Lesbos we are witnessing the completion of a similar superstructure in the area of Vastria, still more isolated than in Samos, where the refugees who manage to reach the coast will be transferred from 2023. But all that was aforementioned about the functioning of the structure is well-known to the people who work on the field all these years. It is well-known to the commissioners of the EU. It is well-known that the accomodation models based on restrictions have disastrous consequences for the mental health of refugees as well as they result into important wound for the local society though the government's narrative about the self-evident improvement of the conditions of accoodation collapses and the only thing that remains is the political aim of "making their living impossible to live with so that they don't come". It is also well-known that the EU funds could be used for hosting people in proper conditions respecting their dignity. Instead of that, what already exists closes definitely while proper structures and spaces close one after the other and deteriorate.

Next week, it will be two years since the closing of the PIKPA camp and it seems like yesterday when we were all storming against incarcerations and expulsions. A model based on the human values of solidarity, respect towards human rights, non-distinction and non-violence is achievable. We proved it. The seed of solidarity was planted here in Lesbos and even when PIKPA was violently evacuated we continued setting up spaces for human and dignified living, encounters and creation. Through our structures and our actions, we kept on fighting for access to basic human rights such as health, work and education. Today, we pursue with you the practices that compose the only human and efficient side o the management of the migratory movement towards Europe, the only one that complies with international law and the values claimed by the EU.