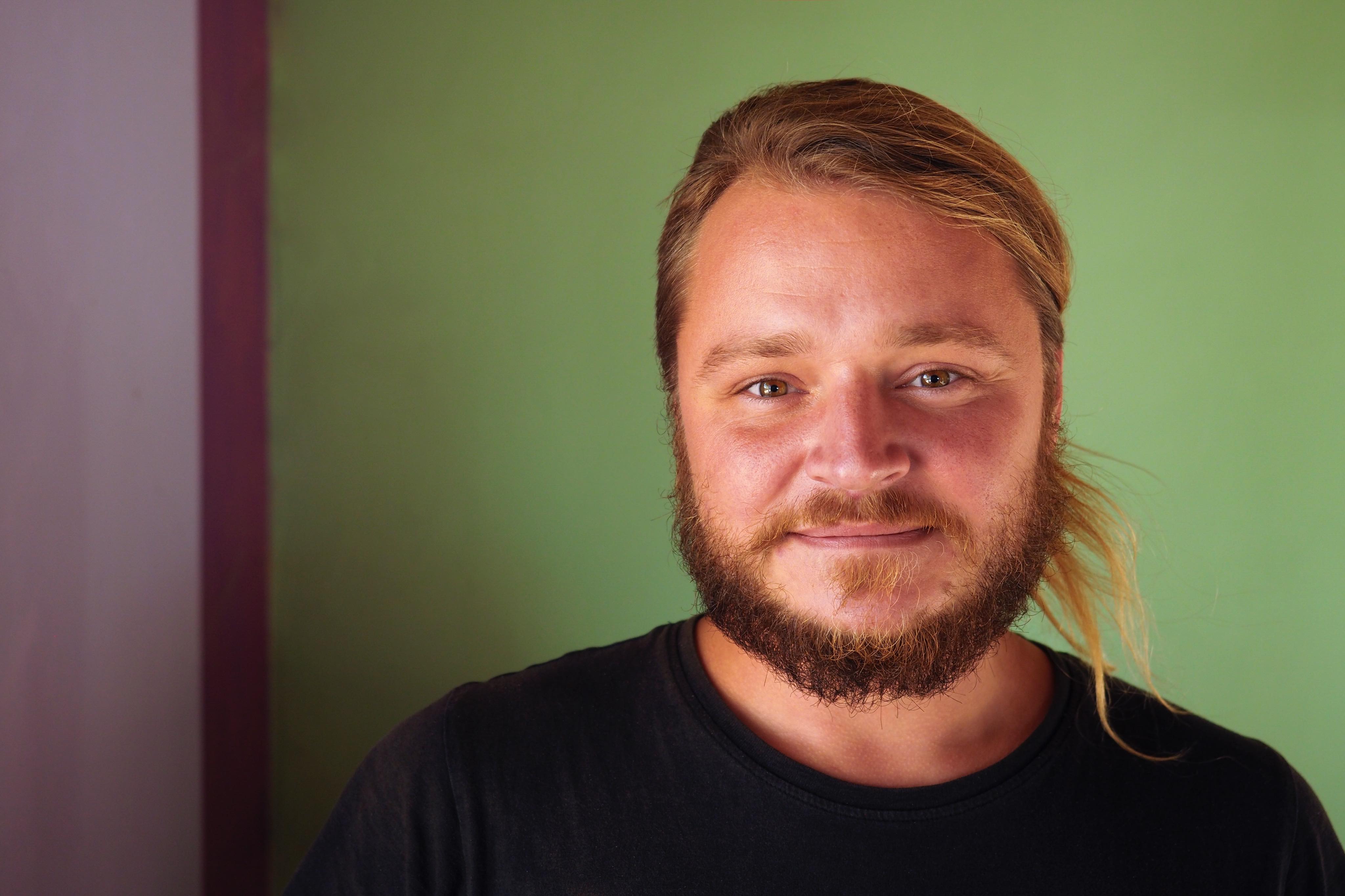 “Human rights don’t end when you give people a tent”

I used to live in Copenhagen, Denmark, in a community called Christiania. It was founded in 1971 as a squat and is famous for being an alternative community. I heard about it from a friend who was there before. I have always loved the community lifestyle and wanted to share my life with others, so I decided to move there.

I lived in Christiania for an initial seven months and, later, for three years. During my time there I worked as an electrician on the maintenance team and got to know almost everyone in the community. Other than my current role in Pikpa, it is the best job I ever had. We were a team of technicians; we tried to keep the place in good condition. Everything was based on consensus.

I was happy in Christiania, but I was missing a bigger purpose for my life. I had two Kurdish friends – one from Iran, one from Iraq – living in Copenhagen and Oslo. They used to visit me in Denmark. I am from the Czech Republic, so we were all migrants in Scandinavia! In 2015 my friends came to Lesvos for the first time as part of a delegation from a small human rights organisation. This was at the peak of the refugee crisis. People were arriving on the shore; volunteers were distributing water to people waiting in the heat. I was already following the situation in the media – countries were closing their borders, the Czech Republic was not accepting anyone, in Denmark support for the right-wing party was rocketing. I couldn’t stand it. Then my friends said to me: Darek, you have to come to Greece. A few weeks later I drove down in my van.

The first place that I visited on Lesvos was Pikpa. I immediately fell in love. I was working for another organisation, but I began to help out here as a volunteer. At first I was in kindergarten, then I did food distribution, then someone figured out that I was an electrician! Now I am part of the Pikpa staff. I did not plan to stay as long as I have – I just extended and extended and never left.

There are many similarities between Christiania and Pikpa. Both are community-based environments with people living together. Both were set up as squats, though in 2011 the people of Christiania bought the land so – unlike Pikpa – people no longer live under the threat of eviction. If I were to go back to Northern Europe I would return to Christiania, but for the time being my journey with Pikpa is not finished. It remains a squat, which is challenging because of the relationship with the authorities, who put obstacles in our way and try to shut us down, yet governments in Europe are no better – over the last three years the Czech government has accepted only a handful of refugees. There are probably less refugees in the Czech Republic than there are in Pikpa! I would always advocate for governments to fulfill their obligations towards people. At the same time, it is the responsibility of all of us to welcome refugees. Pikpa is an example of how people in this situation can be accommodated. We are pushing for high standards. Human rights don’t end when you give people a tent. We can do better than the governments if we work together and believe in what we do.

I want to stay at Pikpa for as long as possible. Sometimes stressful situations occur, emergencies, but I never feel bad or as if I want to go home. It’s more than a job. Even though I have been here for three and a half years, I still get excited when I arrive here in the mornings. Who will I see? What’s going to happen next?