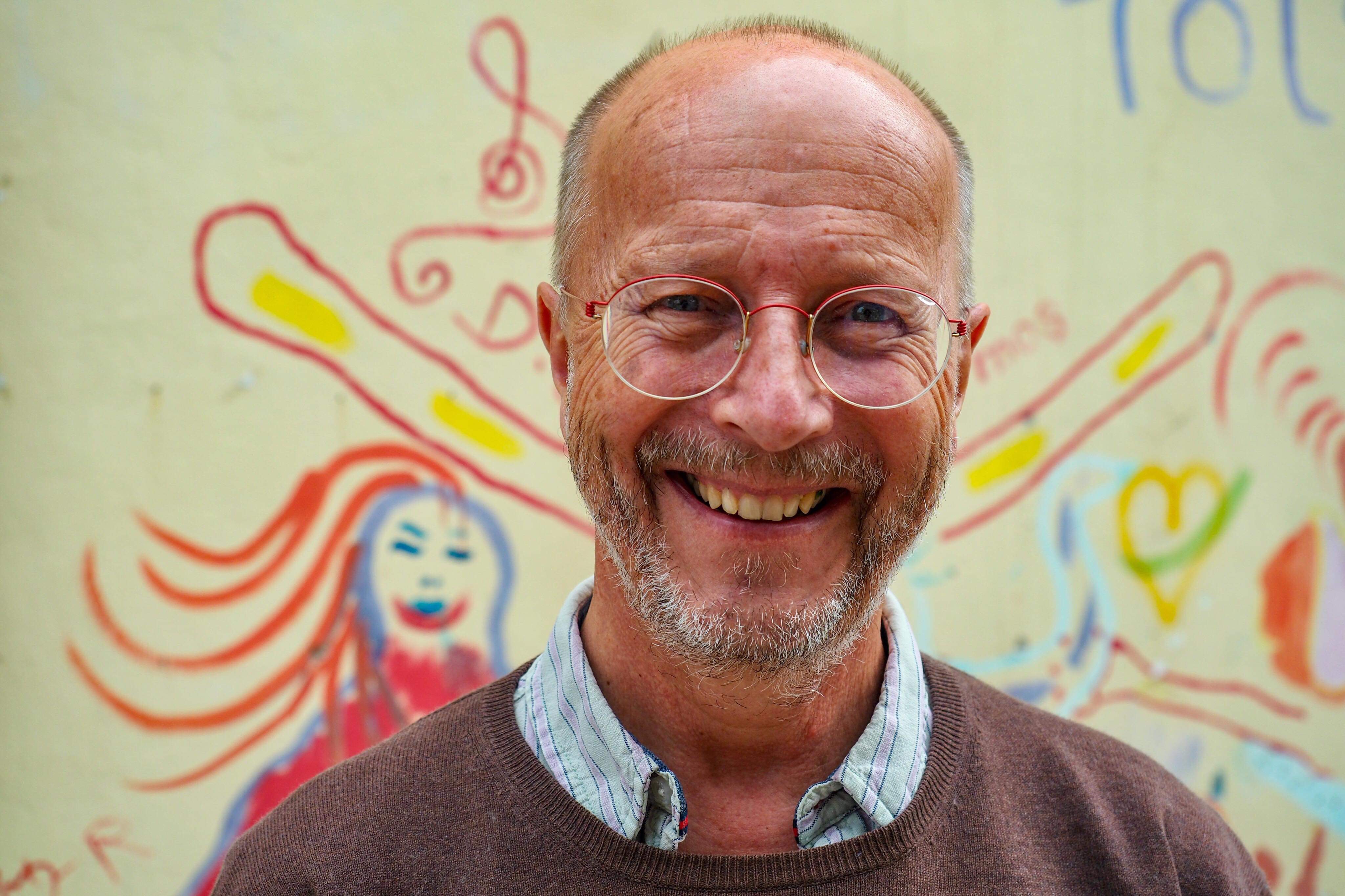 “My interview is inspired by that story on the kitchen staff all those years ago. I have a title in my head – ‘Resource bank, Moria’”

There was once a news story on Norwegian TV where they sent a journalist to interview the kitchen staff in Oslo’s biggest hospital. It turned out to be the most qualified kitchen staff in all of Norway – carpenters, lawyers, journalists, doctors, architects, highly educated people from all over the world. But they were working in the kitchen because as refugees their qualifications were not recognized by Norwegian authorities.

I finished journalism school in 1974. Over the years I have found that journalism largely consists of a routine that you repeat every day without content. Seldom do people go out to real people and ask them real questions and really listen to what they say and write it down. Most journalists are employed by special interests rather than the public. Real independent journalism is suffering. That story from the kitchen must have been 30 years ago but I have never forgotten it. It is the quintessence of what journalism should be – a story that people would never have known about without someone investigating it.

On Monday I am going to interview an Afghan in Moria camp who runs a school in the Olive Grove. His name is Farzad. Farzad has a lot of trouble with the Greek police because they do not want refugees to learn English, do not want them to be doing constructive things. It is institutionalized insanity. I want to go and observe Farzad’s classes, say hello to his students.

My interview is inspired by that story on the kitchen staff all those years ago. I have a title in my head – ‘Resource bank, Moria’. The people here in Pikpa are treated with dignity, but Moria is a miniature hell. It could be called a concentration camp. 15,000 people cramped together in a place designed for 3,000. Such numbers are very abstract – when you meet people one to one you encounter so many amazing personalities, which makes it even crazier to see all of these resources, all of these lives, not only put on hold but stolen. Highly qualified people who have had many years of education, long careers. People who could be doing a good job in many places in the world held in a camp that is beyond description.

When I interview Farzad I hope to tell some of these stories. I also hope to highlight their political context. The coverage of the refugee crisis, as Farzad himself has written about, describes only the misery and fails to address those responsible. The government in Norway must be held to account for the role that it plays in this. There are many Afghans who have been sent back to Afghanistan from Norway in opposition to the recommendations from UNHCR. We have a very right wing government. It feels shameful to be Norwegian, to live in the world’s richest country – voted the Happiest Country in the World in 2017 – and to treat our fellow citizens like that. It is a disgrace. This is where I am at in relation to being here.