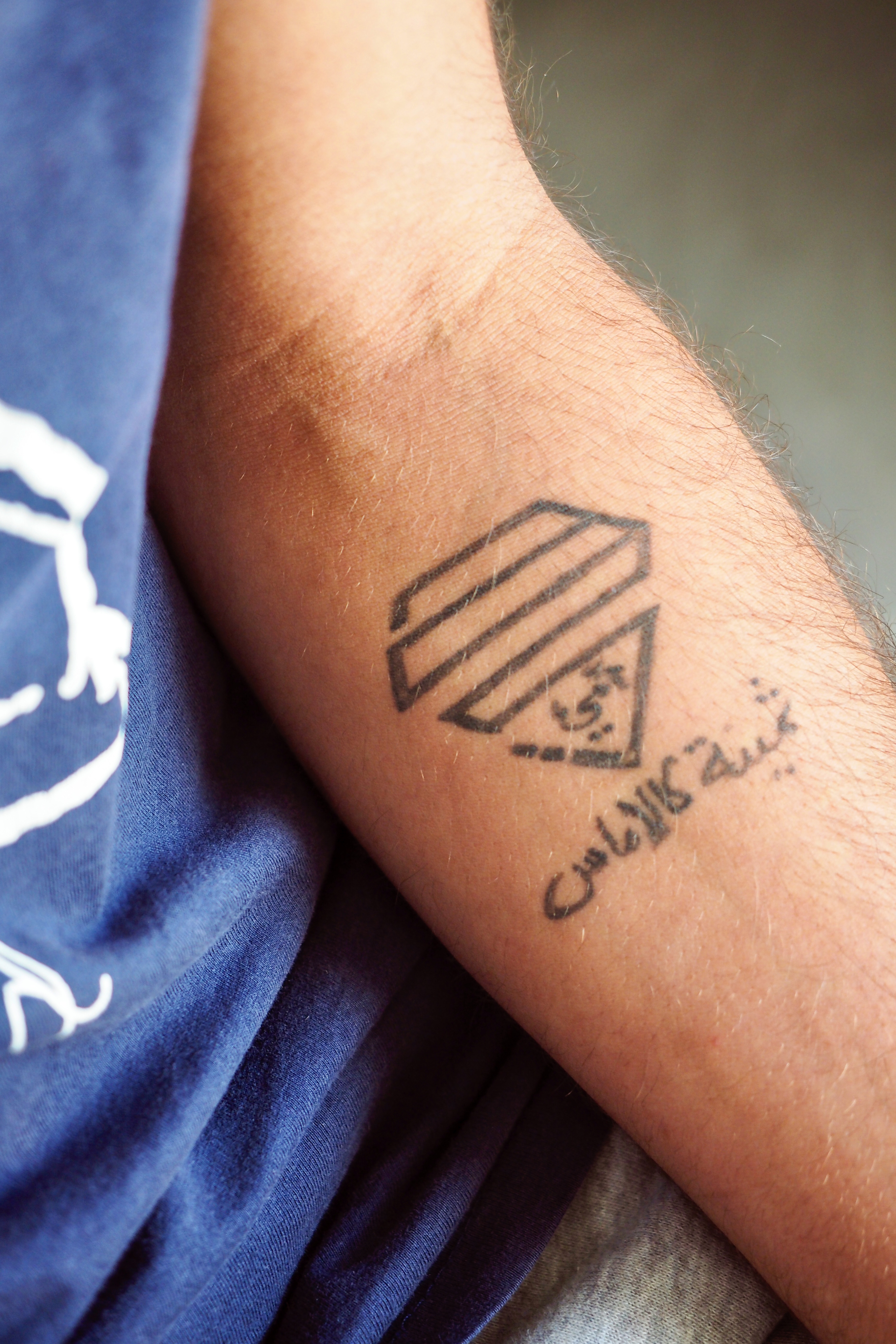 “One day I met a friend who asked me why I was sad. I told him I missed my mother. He said okay let’s do it, let’s make a tattoo”

Three years ago, I went back to Iraq to see my mother. I was living in a European country, building my future. I had studied, I had a job. But Isis was in Mosul, my city. I heard that a bomb had destroyed my house. I had to go back and find my family.

When I returned to my city, I was shocked. There were no buildings, only rubble. I had to ask a taxi driver where my street was. We collected my brother, who took us to a small house where my mother and father were staying. There was no electricity, no power. Everyone was sick, everyone was sad, everyone had nothing, everyone had nothing to do. I was there for four days. It was like hell.

I decided to get out of Iraq forever. I had lost my papers so I could not go back to the European country I was living in. Instead I bought a ticket to Turkey. Two hours before I left, I told my mother that I was going to leave and never come back. She began to cry silently. She knew she could not change my mind.

I took a taxi to the airport. Mosul is not far from Baghdad, but as everything was destroyed it took a day to get there. I was in Baghdad for a day. I did not leave my hotel because of the issues between Sunni and Shia. We do not have an army or a government in Iraq, only a militia. Isis belongs to Sunni; the militia belongs to Shia. They both kill without reason.

The next day I flew to Turkey, where I stayed with a friend for four days. Then I bought a bus ticket to Izmir and called a smuggler. I told him I wanted to go to Lesvos. When I arrived on the island, I was taken to Moria camp. There were thousands of people there, it was terrible. I slept in a tent with ten people. When you woke up in the morning you had to ask people to move. I stayed in Moria for months. I made lots of friends. Younger people. I taught them about Europe, helped them to learn English, tried to make them happy.

For three months my mother didn’t know I was in Greece. I told her I was in Turkey, staying with friends. She asked me to come back for my brother’s wedding. I said I couldn’t because of the money. She didn’t know I have nothing from Iraq, no documents. I am stateless. After another three months she called me and asked me to be honest with her about where I was. I said Mum I am not in Turkey; I am in Greece. I knew it, she told me, I am your mother – I could tell from your voice. She asked me again to come back. I said never, not to that country, they are killers. At that time, she was calling me every few days. I had to tell her to stop. It is hard to hear her voice.

One day I met a friend who asked me why I was sad. I told him I missed my mother. He said okay, let’s do it, let’s make a tattoo. My mother doesn’t like tattoos, it is not permitted in our culture, but it showed her how much I love her. This tattoo is forever. It means thaminuh – precious / almas – diamond / umi – mother. My mother is worth more than a precious diamond.

In ten years, I might go back. Just to belong to my family, not to Iraq. I hope they will still be alive. My father travelled around – when he was 36, he returned to Iraq to get married. Maybe I am like him. Maybe one day I will go back.