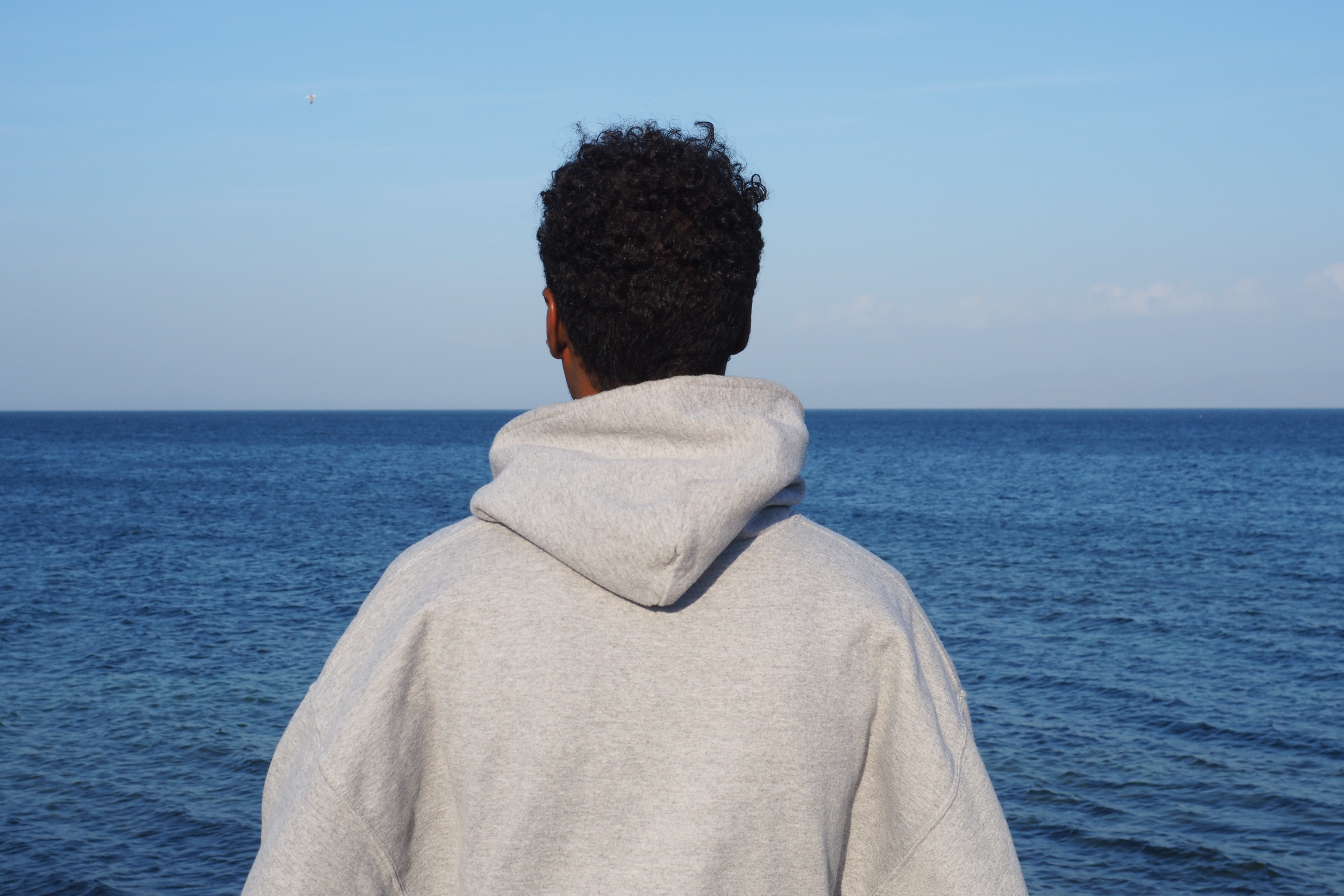 “One day they opened up the container and told me to come up. I had been in there for a year and ten months”

With the Eritrean military you sign up for your whole life. One day I decided that I could not do it any longer. I was working two jobs – as a driver and a mechanic. I would drive between five and ten hours to the border with Ethiopia and then start fixing the tanks. I was so tired. I had been doing this for years. I asked my Colonel for a driver so I could concentrate on being a mechanic. He refused, saying I could either continue or go to prison. I told him prison would be better than continuing to work like this. He said okay and wrote me a letter. But when he asked me to sign it there was no information on the length of my sentence. I would not sign. They handcuffed me and took me away.

The prison had many cells, many inmates. When I arrived, I asked the prison boss how long my sentence would be, but he wouldn’t tell me either. The prison guards led me to an underground cell where they kept the most serious cases. Inside the cell was a container; the way into the container was from the roof. They made me climb onto the roof and then pushed me in. The container was a similar size to the small ones here in Pikpa. There were 34 of us inside it. The others greeted me and apologised for not having any water to give me. I asked them how long they had been there. One person said nine months, another said two years. The third person I asked, a guy with dreadlocks and a big beard, said nine years. Are you crazy, I told him, how could you stay inside here for nine years? But he could do nothing about it. He had been in the army too. He was sent to prison because his Colonel had slapped him, and he became angry. He removed his gun and told the Colonel that the next time he did that he would shoot him. So, they put him in prison. Now he had no idea about the time or date. After speaking to him, I put my head in my hands and stopped asking questions.

Inside the container we received food and water once a day. We had to urinate and shit in a canister that we passed up to the prison guards when it was full. It was so hot down there – we were still close to the border and sometimes it reached 45 degrees. There was just a small slit for air. We had to use our clothes to fan people. The air vent was also the only source of light, so we sat there in almost total darkness. We could not wash. Mosquitos ate us. My hair receded, all of my joints were painful, my lips were going soft. We played games to survive. The guards would knock on the container and tell us to shut up. I don’t know how the time passed. One day they opened up the container and told me to come up. I had been in there for a year and ten months.

When the guards took me out of the container, I couldn’t use my legs. They pushed me into an office where the prison boss was. He handed me a paper. Sign here, he said, your penalty is done, you have to go back to your unit. As I signed the paper he told me: now you know the difference between prison and outside. My camp was an hour away. I would have liked to enjoy the sun, the air, but I couldn’t walk. A guy delivering water gave me a lift to the city and then my Colonel sent a car to collect me. I arrived back at the camp. My Colonel expected me to return to work but I told him that I needed to go to hospital. My body was not working. I could barely even talk. At first, he refused but then I told him I would sit and die in that chair in his office. He wrote me a letter transferring me to the big hospital in my home city. He said I had to take the bus there myself. The bus took two days. I was in so much pain.

I made it back to my family. My Dad saw the condition I was in and started crying. I was taken to the hospital and kept there for 60 days. After I had recovered, I told my family I was never going back to the military. My Dad told me that he would help me but if they caught me at the border then I would have to accept the consequences. I said okay. My Mum didn’t want me to leave. All of my brothers and sisters had already escaped. I knew I had to as well. I made contact with some smugglers. A week later I made it to Sudan.

At first, I tried to get to Europe via Libya but this wasn’t possible. I returned to South Sudan and decided to put all of my energy into business. For two years I gave it everything. I started off as a driver at a hotel where they paid $800 US dollars a month. I didn’t have any expenses – I slept and ate in the hotel. Then I met my wife and set up my own small shop. Soon I became a wholesaler and supplied bars and restaurants. The houses in South Sudan have no water pipes; people take water from the River Nile. I realised that if I bought a truck, I could supply water directly to people’s door. I went to Uganda and bought a truck for 200 liters. It cost me $13,000 US dollars. At that time this kind of money was no problem. I brought the truck to South Sudan, paid my taxes, modified the tanker. Then I asked my wife to take over the shop while I concentrated on supplying water. The business took off. At one point, in 2016, I had $74,000 US dollars in my bank account. I had started off with credit – $800 US dollars to get into the country. My brothers and sisters were living in the UK and Norway, so I sent them money for them to come and visit me. They came to South Sudan, we took a trip to Uganda, everyone. was happy. Life was going well. My wife gave birth to our son. Then, in 2017, the civil war began.

It has cost me almost everything to get my family here, to Lesvos. Still, I know that if we make it to a place where I can work then I will build myself up again.