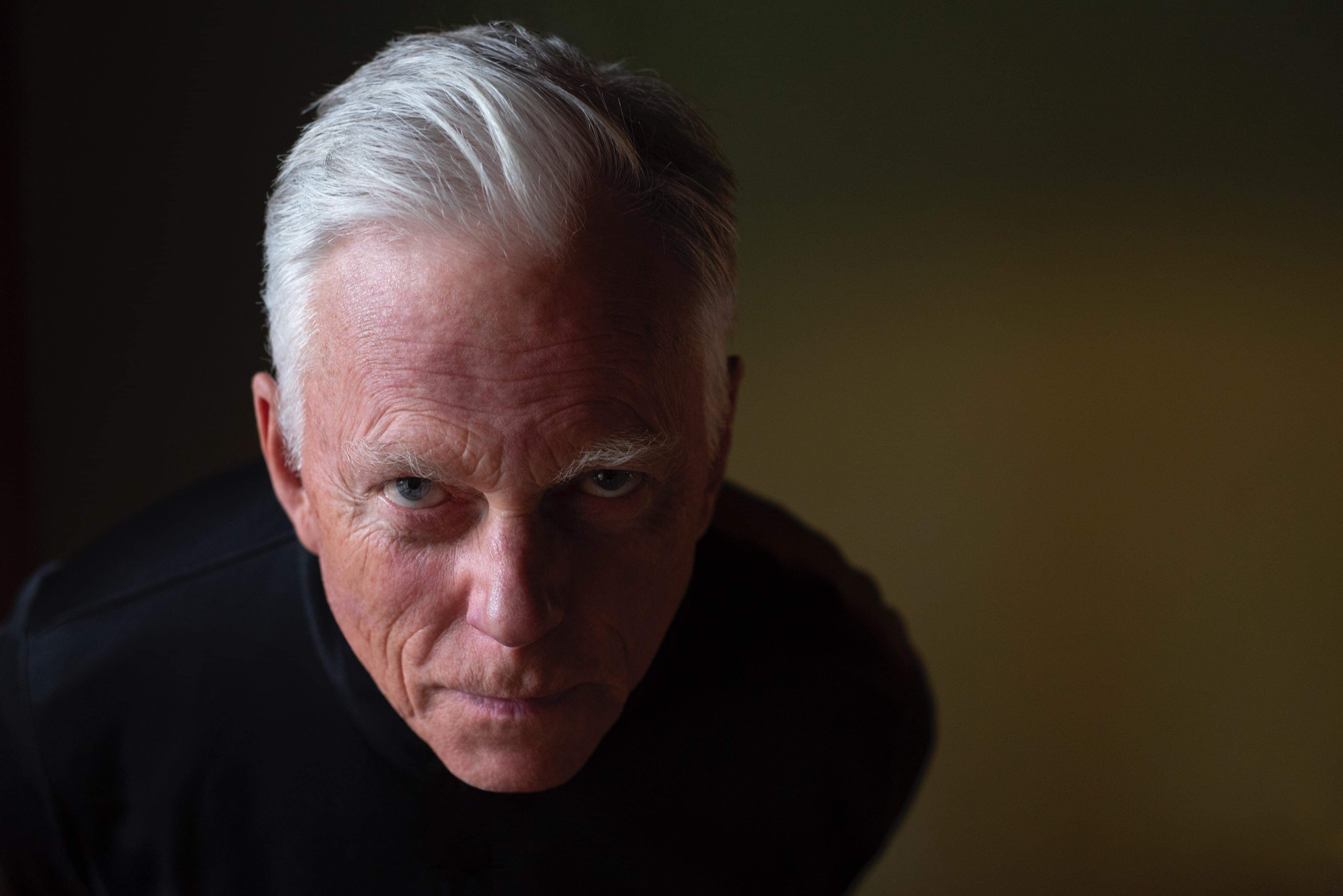 “Pikpa gives me humanity and solidarity and respect, which are more or less non-existent in many places”

In the mid-eighties I was a fashion photographer in LA. On several occasions I worked with David Belafonte, the son of singer and activist Harry Belafonte. David used this handshake. The way you do it is to intertwine your fingers with the fingers of the other person. It’s much more personal. Since then I have adopted it, bringing it to every corner of the planet. It’s fun when you meet kids in the jungle of Laos or somewhere and they run away screaming because they think it’s so funny. There’s lots of people I would never have known without this handshake.

My path to Pikpa was a long one. The first grain was working with Jo Strømgren, a choreographer from Trondheim in Norway. At the time I was living in Paris but I had a few jobs in Oslo. Each time I went there I saw photos of him. He had a very distinctive look. I tried to work with him three, four, fives times – but he was always booked. Finally, he got the message that I was trying to book him and invited me to one of his dance performances. I was hooked. He is a phenomenal talent.

Now Jo and I have worked together for many years. I have photographed eleven or twelve of his shows. The way he works is big on improvisation – everything comes together from different angles. One time he sent me and three actresses to the Fringe Festival in Dublin. He had had the idea to create a piece called the Convent and so he wanted some photos of the girls dressed as nuns. We found a place to rent costumes and then, driving around Dublin in a taxi, saw a nice church. I asked the girls to sit in front of a picture of the pope. Two were sitting straight-backed, the other was sitting on the floor. A lady came in and was horrified. She went away and called the police! Later on we came upon a homeless guy peeing against a tree. He looked into the face of the nuns and started apologising. Every time I have worked with Jo has been like that.

I first came to Lesvos because of Jo. Jo has a friend called Ivar who was the road manager on several of our trips. Ivar’s wife Kari directs the Metochi Study Centre on Lesvos, which is based out at  Kalloní and is part of the University of Agder. The Study Centre is also a convent – from the fifteenth century! Ivar and Kari got married there in 1996 and we were all invited to their wedding. For years afterwards Kari wanted to collaborate on a cookbook, so in May 2016 I came back to the island with my friend Anders Hofgaard to begin the project. Marie Gillespie, an academic from the Open University who was lecturing at Metochi on the topic of the smartphone usage of refugees, needed to speak to people at Pikpa. I offered to take her since she did not have a car – and voila! I met some wonderful people, saw the camp, the atmosphere.

I returned to Norway to do some work at the asylum reception centre for minors in Hol, Hallingdal, photographing twenty seven young Afghans. The piece was called ‘Afghan Eyes’. We exhibited photos of the boys’ eyes in front of the Norwegian Parliament in Oslo. This was my first project with refugees. Then, in August 2016, I came back to Lesvos to finish the cookbook. While I was here I dropped into Pikpa to say hello and see if they needed any help. They said yes so I started at the camp in October. For the first three weeks I was in the shop and then I began working in the kitchen. The following October I collaborated on a Pikpa photo book. Now I am here for the sixth time. Since that first visit I have stayed for a year and eight months in total.

Pikpa gives me humanity and solidarity and respect, which are more or less non-existent in many places – the question is how to transplant them. Looking back, my whole journey here happened by chance, that whole trail of people. If I didn’t meet Jo, maybe I would never have come to Lesvos. Like the handshake, everything came together from different angles.