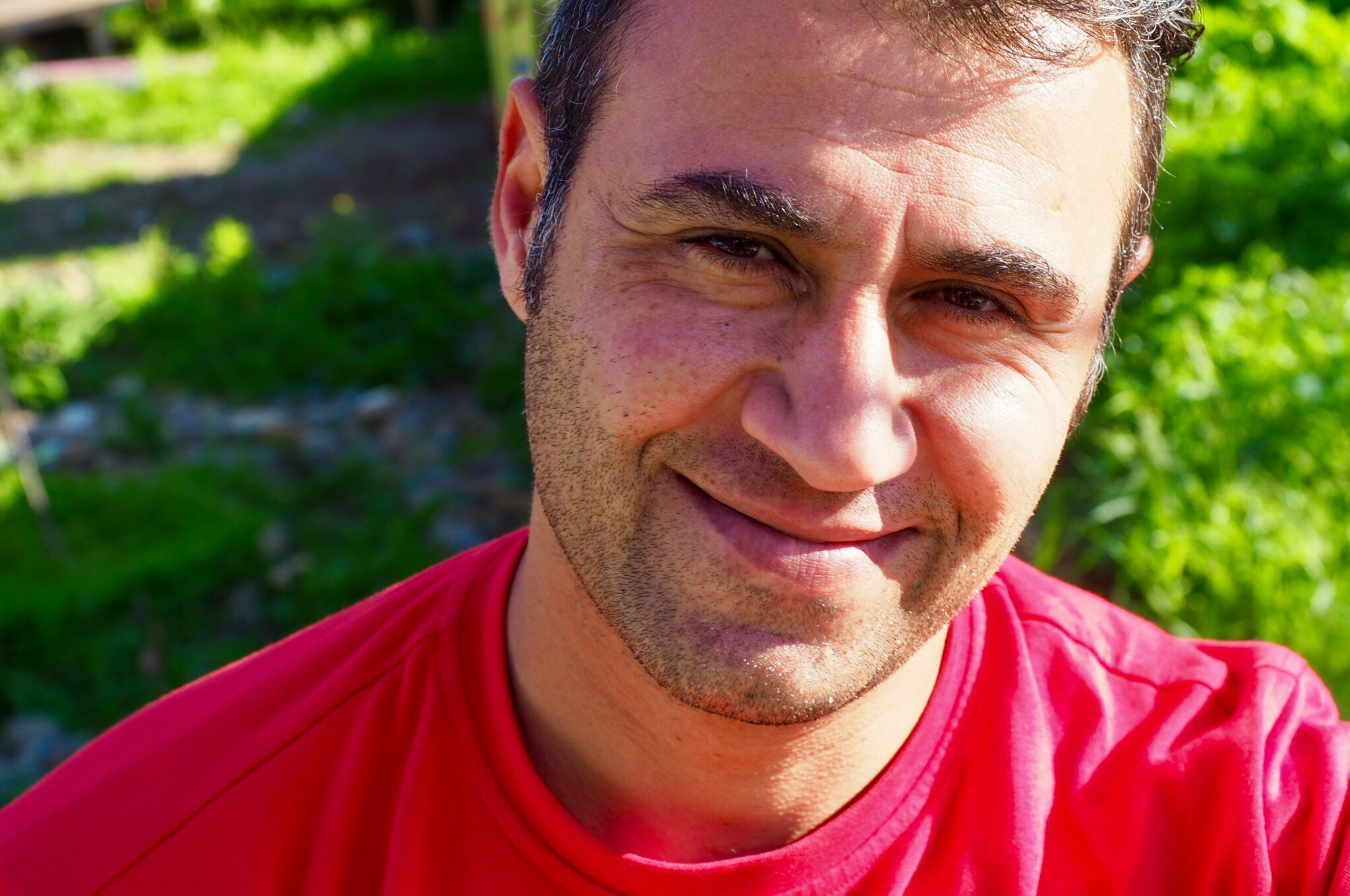 “When you speak to people with respect, they have to respect you in return”

There are two kinds of people. One kind are asleep. You have to diplomatically help them to wake up. The other kind are not asleep. This group is often the problem! Many of them know what they are doing but not what is true. In the Middle East there are people influenced from outside, people motivated by money, petrol, religion. Religion can be a good thing if you use it in the right way but many do not.

I am Kurdish. Most Kurdish people are not overtly religious. We are Muslim but we have Yazidi neighbours and Christian neighbours. We are tolerant of others. Yet I was born in Iran, an Islamic country. Islamic countries often make borders between religions. Islam, Christianity, Orthodox, they want to separate people.

I was a teacher in Iran and also a professional basketball player. I was in the Kurdistan team until I was 30 years old. I also made the Iranian national squad and had my picture in the newspaper. But slowly they deleted my name because I was part of a Kurdish organisation. Next I was sent to jail. In Iran, you cannot speak about human rights. Finally, I had to leave the country and find my way to Europe. Syria, Iraq, Turkey, Iran – these are not safe places for Kurds. You have to save yourself and share your thoughts afterwards.

I am not Mandela or Marx or Gandhi, but I try to be right with the people I encounter. I try to share my sense of humanity. This has to begin with your family. When I saw my nephew hitting a dog, for instance, I explained to him why this was not good. I tried to explain why we come into the world – not for drinking, or for sleep, or for sex, but for something else.

You have to start small to open people’s minds. You can change the minds of those who disagree with you. Instead of rejecting them, spend time with them. When you speak to people with respect, they have to respect you in return.

What I want to say is that humanity is very, very important. When you have humanity, you cannot be anti-people, anti-animals, anti-nature. Humanity is number one. Everything else – religion, nationality, money is secondary. When you spend time doing something for humanity, you respect every living thing – people, trees, animals.

In the future I would like to continue my studies, to find work again in education. In Iran part of my role as a teacher was to look for children that have good skills and to support them. Children are so important for the future. They can be terrorists, or they can be presidents.