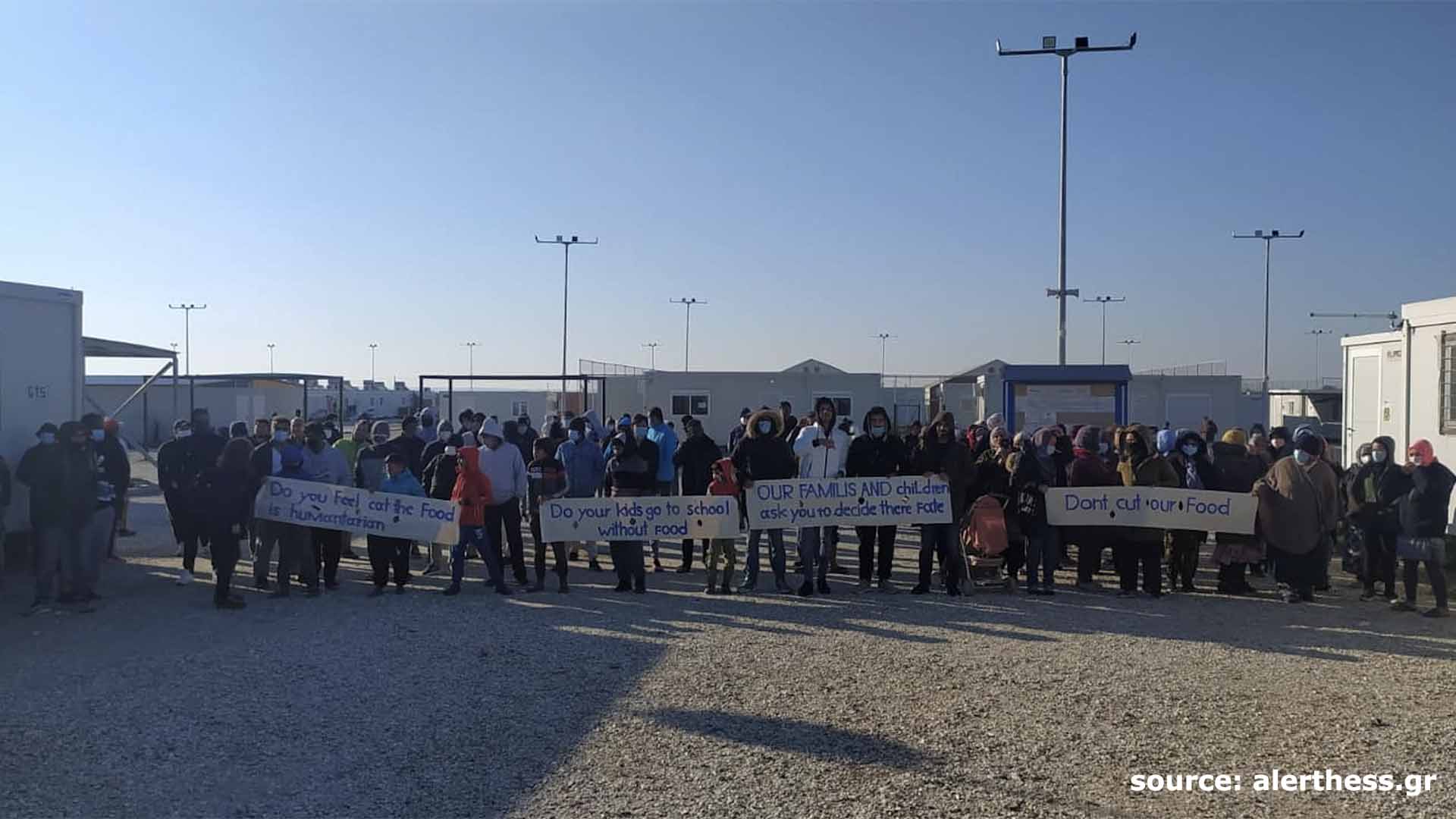 26 organisations urge the Greek government to immediately meet the needs of those seeking international protection, ensuring food security and access to their fundamental human rights

Are you eligible to eat?

The Greek government should immediately disburse belated payments of cash assistance and ensure food provision to people living in facilities (e.g. camps and ESTIA apartments), irrespective of their legal status. Depriving them of this basic human right is shameful and a violation of fundamental human rights.

Athens, October 18, 2021 - In a new bleak turn of events, people that seek or have received international protection in Greece, are now deprived of food or their cash allowance, due to the policies pursued by the Greek government and an overall lack of preparation to undertake its obligations.

Those excluded from food provision reside in the camps and include people with valid refugee status, people who have not yet been registered in the reception system, and those individuals whose request for asylum has been rejected. Among those left hungry are 25% women (including pregnant women), single-headed families, 40% children, chronic patients, and patients with special medical and nutritional conditions. In some places, food is not even provided to those put in quarantine due to COVID 19.

Although recognised refugees and the individuals whose request for asylum has been rejected should not be living in camps, many are forced to remain or return there, due to a lack of alternatives, reflecting Greece’s ongoing lack of a comprehensive integration strategy. The situation is similar for many people who have not yet been able to register their asylum applications, due to the chronic delays encountered in the Asylum Offices on the Greek mainland.

Furthermore, thousands of asylum seekers included in food provision in Greek state-run accommodation, receive catered meals because of the temporary cash assistance gap. EU-funded cash assistance was planned to transition from UNHCR to the Greek government on 1 July 2021 but a 3-month delay was agreed between the two parties, to ensure a smooth transition. On October 1st 2021, the Greek government undertook this responsibility, as per the Greek state’s legal obligation to ensure minimum material reception conditions for asylum seekers. Yet, since this handover, about 36,000 people have not received their cash support, despite the fact that this transition was planned over a year ago. In an attempt to cover this gap, asylum seekers have been receiving portions of food, reportedly of very poor quality and often not fully cooked.

This comes after the Ministry of Migration and Asylum’s decision to terminate cash support for those not residing in state-run facilities, at the end of June 2021. Since then, those who have found informal/private housing solutions, including those waiting for the Ministry’s response to their application for housing, are left without the cash assistance they were entitled to, unable to meet their basic needs.

The Ministry of Migration and Asylum does not publish relevant data, even though it has been requested on multiple occasions according to principles of transparency and good governance. Though practices differ from region to region, it is roughly estimated that 60% of people living in camps do not receive food in the mainland.

Access to livelihood is a fundamental human right. Food insecurity, let alone complete food deprivation, should not be experienced by anyone, especially not at the hand of the state.

The Greek government and the European Commission must act urgently to fulfill this right and meet the needs of those who seek protection.