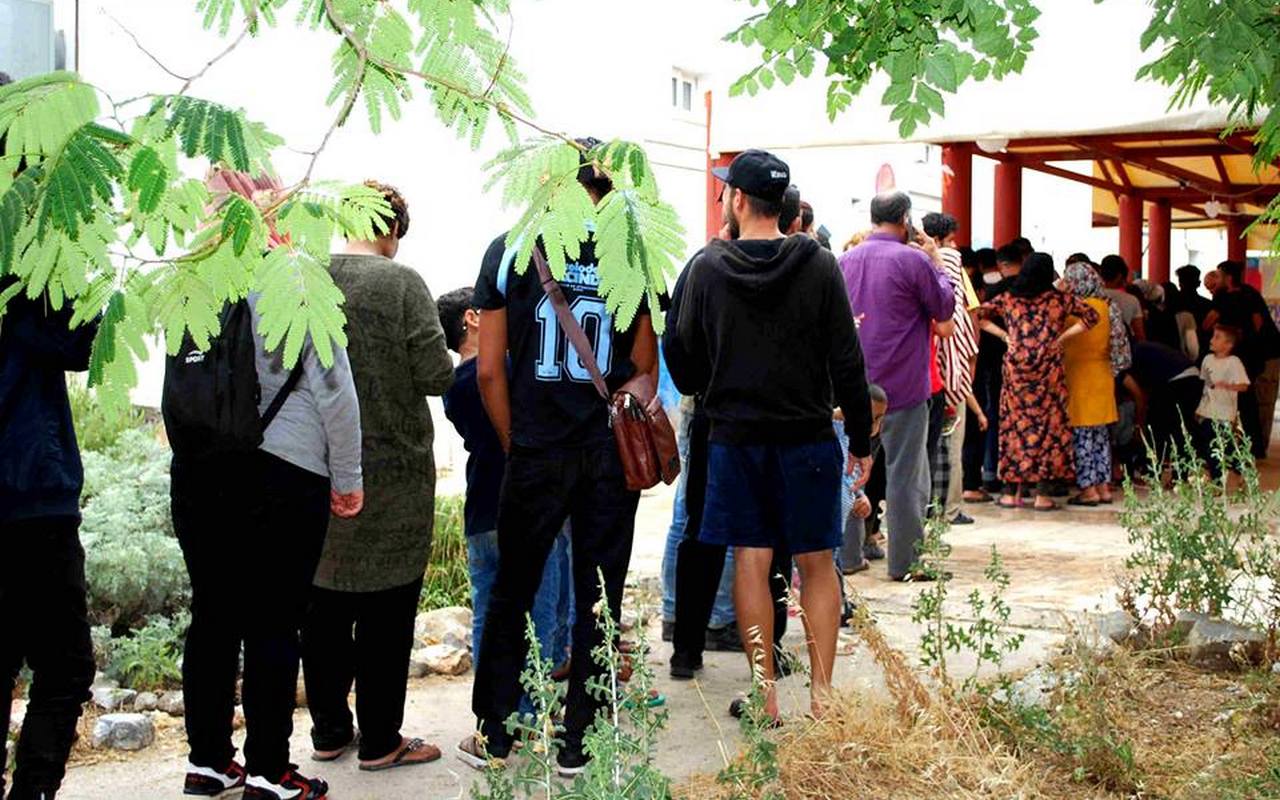 Pikpa Camp Calls For Urgent Action To Decongest The Island

On Friday afternoon 25 May 2018, intense fighting broke out at Moria camp, leaving many people injured. A group of around 70 refugees, including many families with young children and several injured people, fled the violence and found refuge in a park in Mytilini. Some injured people were transferred to the hospital by ambulance.

The police did not allow the group to stay in the park out of fear for racist attacks. The refugees refused to return to Moria camp stating they feared for their lives. The police insisted for the team of Pikpa to host the people in Pikpa camp that night and guaranteed that the next day the families will be transferred to Kara Tepe. The Pikpa team was determined not to allow escalation of racist and fascist attacks in town and the police transferred the people to Pikpa.

It was the start of a long night and a difficult week for the team of Pikpa (including the residents who showed true solidarity and understanding for the situation of the newly arrived refugees and many volunteers) and various groups and organisations who are offering invaluable support.

In total, on Saturday 26 May, around 1000 people left Moria camp in search of safety after the violence. They were stopped by the police on the road to Mytilini but some people - and many families - reached Pikpa camp and clearly stated that they would not go back to Moria camp and if they were not hosted in Pikpa, they would stay in the parks and beaches. Finally, on Saturday evening, Pikpa camp hosted around 350 people, House of Humanity in Larsos housed around 370 people and around 250 people were transferred by the authorities to Stage Two in Sikamnia. The Pikpa team made it clear throughout Saturday that they could not accept more people. When the local community of Sikamnia refused the presence of refugees in their village, pressure was put on Pikpa camp to receive 100 more people from Sikamnia. The team at Pikpa refused. Since Saturday, new people have kept arriving to Pikpa and have been refused by the Pikpa team.

At the moment, around 280 extra people are hosted in Pikpa camp. The original number of residents was 100. Monday and Tuesday 10 families were transferred to Kara Tepe. Around 20 people are moved to the mainland on Friday 1 June. The extra group of people puts a huge and unsustainable pressure on a small, independent camp like Pikpa, which has been forced to step up to face this emergency in the absence of the Ministry of Migration and UNHCR during the first crucial days. The needs are many and there is a severe lack of resources. The current situation is unsustainable and the whole team of Pikpa – team, volunteers and residents alike – wants the situation to turn back to normal as soon as possible and for this emergency to end.

We had been preparing an emergency plan, which is only 50% ready at this point. The emergency plan is designed to enable us to respond to either mass flows to the island or situations at Moria camp, which require mass evacuation. The plan allows for temporary shelter (1 to 3 days) for approximately 300 people. We decided to prepare an emergency plan because of the worsening situation in the Moria hotspot and our concern that this will result in emergency situations, which will not be addressed by the authorities. Sadly we were proven right.

Since 2012, we operate as a small, community-based camp for the most vulnerable refugees in the island. We have hosted over 30,000 refugees over the years, without any financial support from the state, the European Union or UNHCR. Despite the long-standing and internationally acknowledged contribution of Pikpa camp to the reception of refugees in the island of Lesvos, the authorities treat us with indifference at best and with hostility at worst, creating various problems and obstacles. As an example, on the morning of Friday 25 May the water company (DEYAL) cut off the water supply at Pikpa camp where over 100 people were housed at the time. At the same time, on Friday evening, Pikpa was asked to respond once again to the

emergency at hand. While we were asked to offer a solution for the emergency, we are criticised and attacked for doing so. The authorities do not provide any solutions and are unable to guarantee protection and safety for groups of people that are under their responsibility. This causes huge uncertainty among the refugees and it makes it impossible for us to plan our ongoing operations. People refuse to go back to Moria camp where their safety is not guaranteed in the current conditions.

The EU-Turkey statement has turned Lesvos into a prison island. A growing number of refugees reside in the island. Moria camp is triple its capacity. The uncertainty created by the EU-Turkey statement, the absence of a quality asylum procedure, the inhumane conditions and overcrowding result in a very dangerous cocktail, leading to violent incidents which put lives in danger. While people flee war and conflict in their countries and come to Europe in search of safety, they arrive only to find more insecurity and danger.

We call on the Greek state and on all European governments to lift the geographical restrictions and to open the islands and Greece, and share the responsibility among the member states of the European Union. The plan to re-open new big sites in the Greek mainland must be implemented immediately, and dignified conditions in the new sites must be guaranteed. If prioritised, the new sites can be made operational within two weeks. If the Greek islands do not get decongested, the emergency situation will go on, or even get worse, with ongoing boat arrivals from Turkey. The current situation puts refugees as well as the local community in an impossible situation in the Greek islands. We understand the anxiety of the local community and as a local group we have been working for many years together with the local community, to try and find solutions together. At the same time, we will never accept that refugees are held in an overcrowded hotspot in inhumane conditions, far away from the public eye.